In the first quarter of 2016, 955 patent cases were filed.  This number represents a decline from the level of litigation seen over the last few years – a quarterly low not seen since 2011.

Looking at the quarter more granularly (Fig. 2), shows that the first two months of the quarter were similar to December, while March saw an increase.  Given the spike which occurred in November, it’s possible that many of the cases which would otherwise have been filed in the months of December, January and February were shifted up into November. 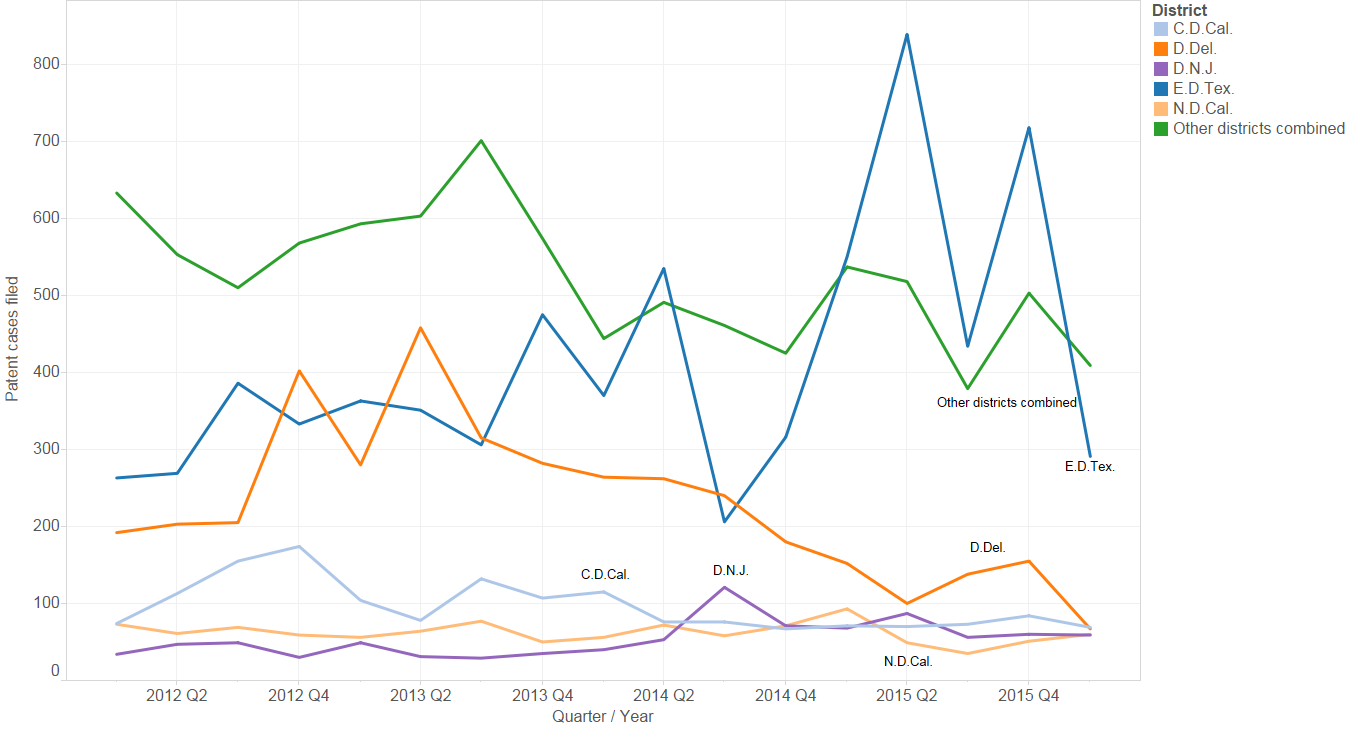 The first quarter of 2016 is the third quarter in a row that Inter Partes Review (IPR) petitions have decreased.  In contrast, Covered Business Method (CBM) reviews have remained much more steady.

Unlike patent litigation or copyright litigation, trademark litigation has far more predictable, declining at a very slight rate over the last few years.  The first quarter of 2016 continues this trend.

Lex Machina divides copyright litigation in the U.S. district courts into two subtypes:  file sharing cases (those having John Doe or anonymous defendants and accusations based on file sharing technology such as BitTorrent), and all of the other, more traditional cases.  As explained in Lex Machina’s Copyright Report, these cases follow very different dynamics.

The first quarter of 2016 has been significant in the copyright realm because the number of new filings of file sharing cases (500 cases) have dipped below the level of traditional cases (582 cases) for the first time in more than a year.