Looking at the second quarter more closely (Fig. 2), more than 450 cases were filed in both April and June, while May saw only 370 cases.  Patent litigation levels appear to have stabilized after the spike-and-trough pattern (seen in November 2015 through February 2016) caused by the rule change on Form 18.

The Eastern District of Texas saw an uptick in its proportion of total new filings to 37% in the second quarter of 2016 against the first quarter (30%).  In 2015, for comparison, the district had 43% of the patent cases filed. 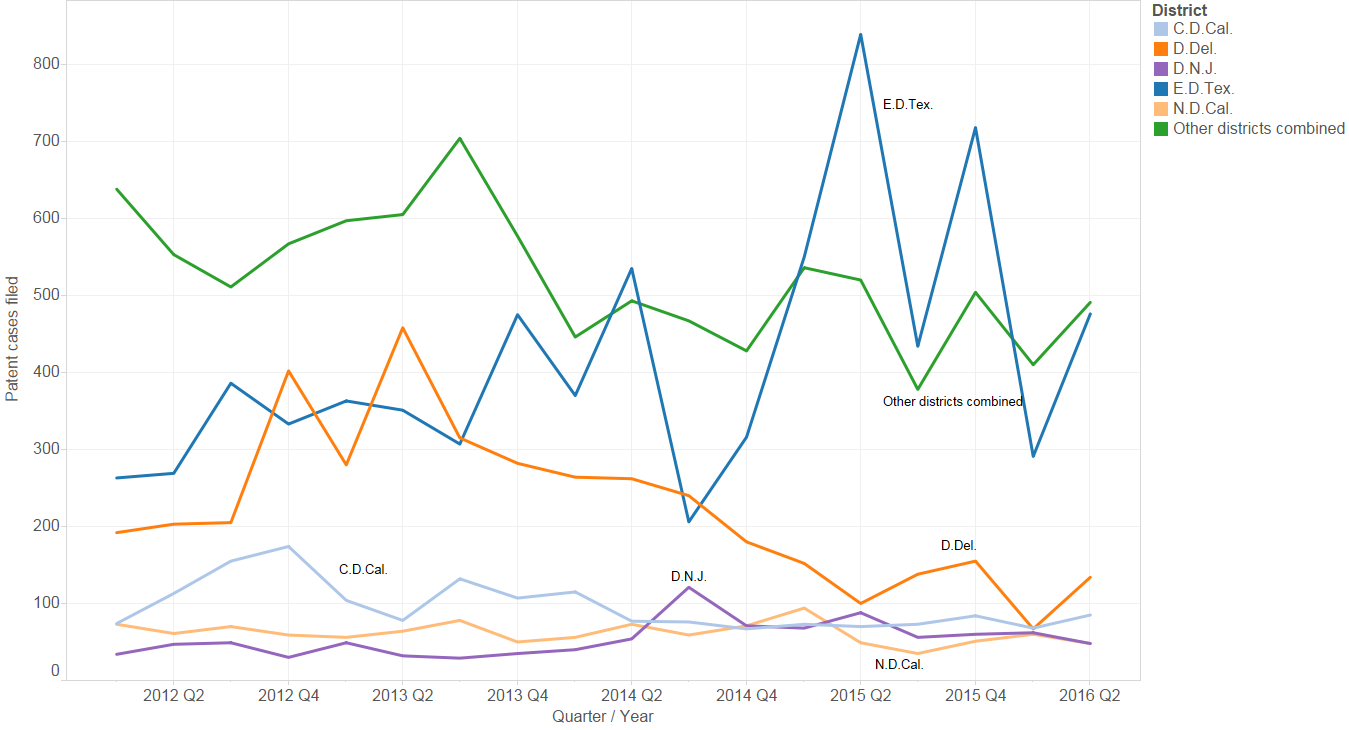 Covered Business Method (CBM) reviews have remained steady, but the number of Inter Partes Review (IPR) petitions at PTAB has recovered from a low first quarter (335) petitions to 416 petitions in the second quarter of 2016 – a number more consistent with the last 2 years of activity.

Trademark litigation filing trends have been more predictable than patent trends (or copyright). The filing of new trademark cases has declined at a very slight rate over the last few years, although the second quarter of 2016 (882 cases) represents a slight increase over the first quarter (807 cases).

In the second quarter of 2016, the drop off in the number of new filesharing cases sharply accelerated, decreasing more than 50% over the first quarter (517 cases to 249 cases in Q2).  This suggests that file sharing litigation, which had represented the majority of copyright litigation from Q4 2014 through Q4 2015, may have been a short-lived trend.