Despite the low volume, case filings rose month-by-month during the first quarter of 2017 (see Fig. 2), and remain within the pattern established in 2016.  Historically, the first quarter has often been lower than the year’s final average. The District of Delaware remained the second most frequently used jurisdiction, with just over 13.8% of cases filed in 2016. 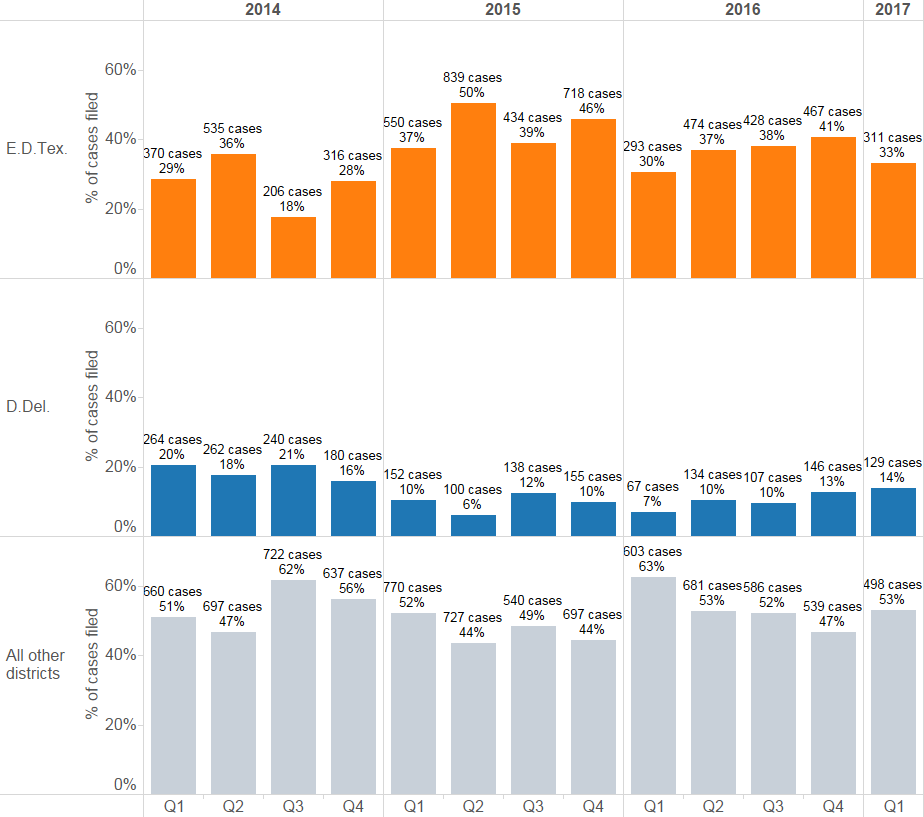 Although high volume cases in the most recent quarter may be undercounted due to the timing of filing campaigns, there was, nonetheless, less high volume activity in 2016 than in 2015. 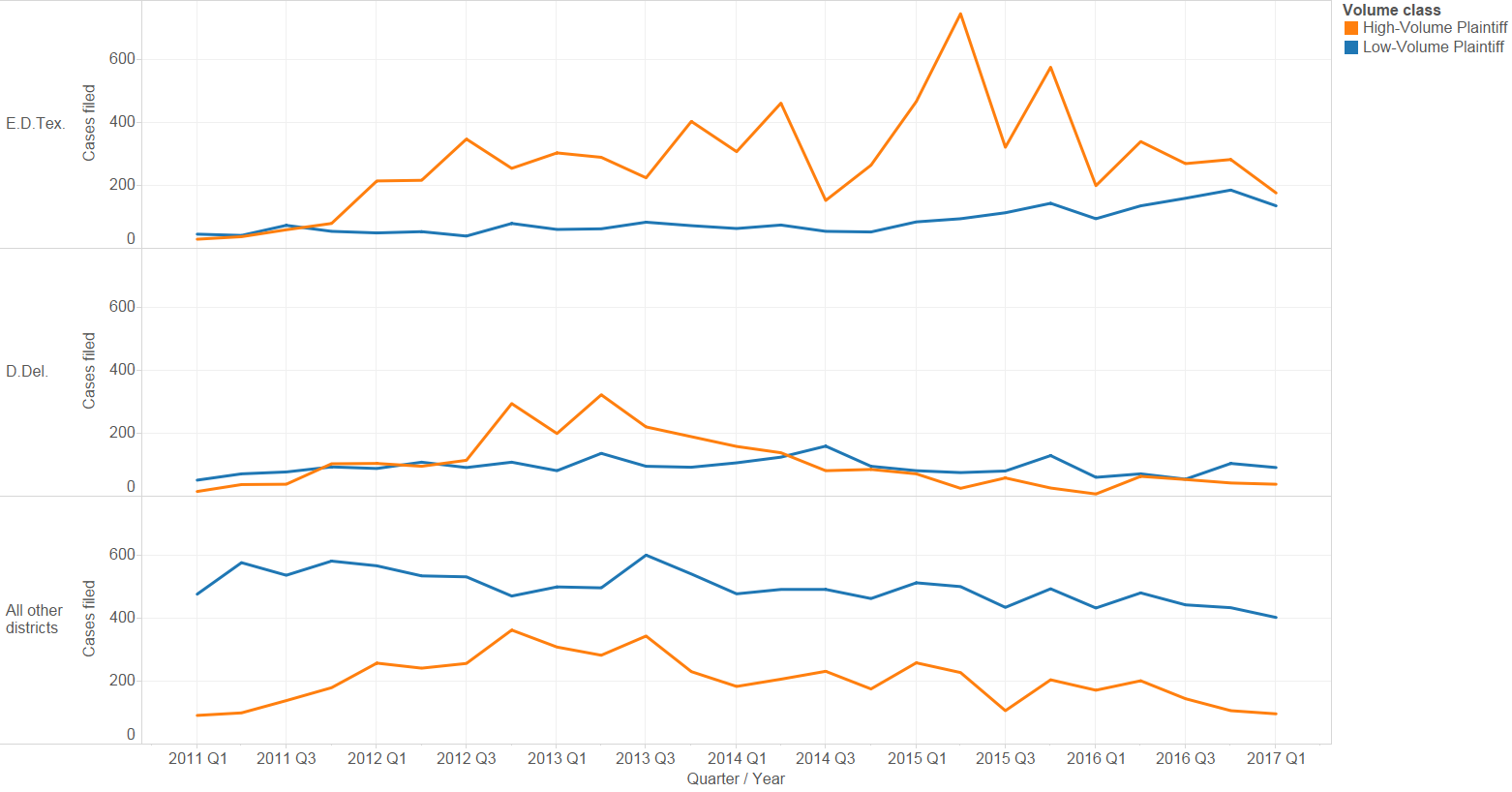 The first quarter of 2017 saw a record number Inter Partes Review (IPR) petitions filed at PTAB (548 petitions).  The number of IPRs filed has increased over each of the last four quarters.  The top patent owners, by number of IPRs filed against them this quarter, are Goda Kaisha IP Bridge 1 and Rovi Guides, Inc.

Trademark litigation filing trends have been more predictable than patent trends (or copyright). The filing of new trademark cases has declined at a very slight rate over the last few years.  The first quarter of 2017 (732 cases) represents continuation of this trend.

For the curious, the spike in trademark case filings seen below in the third quarter of 2014 was driven by a flood of cases filed in the District of Minnesota against the National Football League, generally by former players over usage of their likeness.  These cases account for about 461 of the 1,425 cases filed in Q3 2014.  Without these cases, Q3 2014 appears otherwise consistent with the quarters surrounding it.

From its apogee in Q1 of 2015, the number of file sharing cases filed each quarter declined until reaching a low of 249 cases in Q2 of 2016. Since then the number has risen, but not nearly to the levels seen in 2015.  In the first quarter of 2017, 358 file sharing cases were filed, compared to 590 other copyright cases. 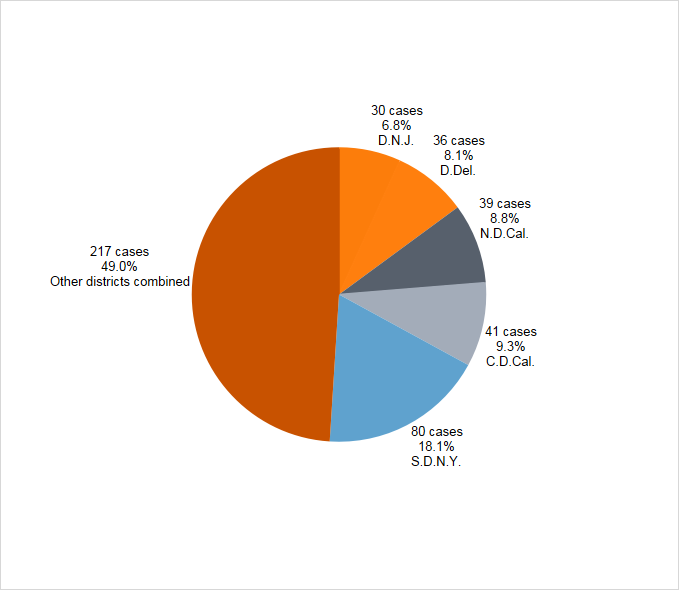