Figure 2 below shows that 2017 continues the pattern of relatively consistent monthly totals that has persisted since the  dramatic spike in 2015 (caused by the end of Form 18). While the first quarter of 2017 saw a record high number Inter Partes Review (IPR) petitions filed at PTAB (548 petitions), the second quarter and third quarters have each seen a drop in filings (438 petitions in Q2 and 381 in Q3).

There was only 1 Covered Business Method (CBM) review filed, the lowest number since the review has been offered.

Trademark litigation filing trends have been more predictable than patent trends (or copyright). The filing of new trademark cases has declined at a slight rate over the last few years.  The third quarter of 2017 (982 cases) represents a continuation of this trend.

File sharing cases have been largely driven by Malibu Media (as shown in Figure 9 below), but Malibu Media did has not filed a single case since Q1 2017. 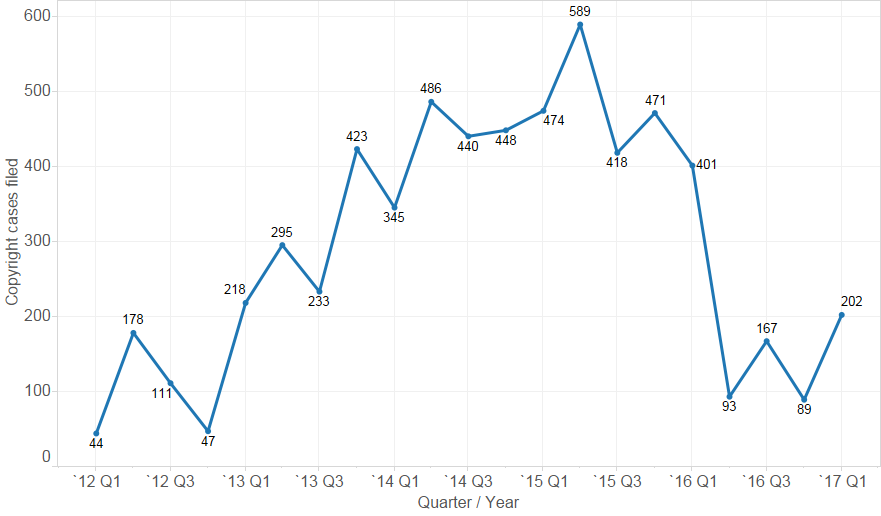 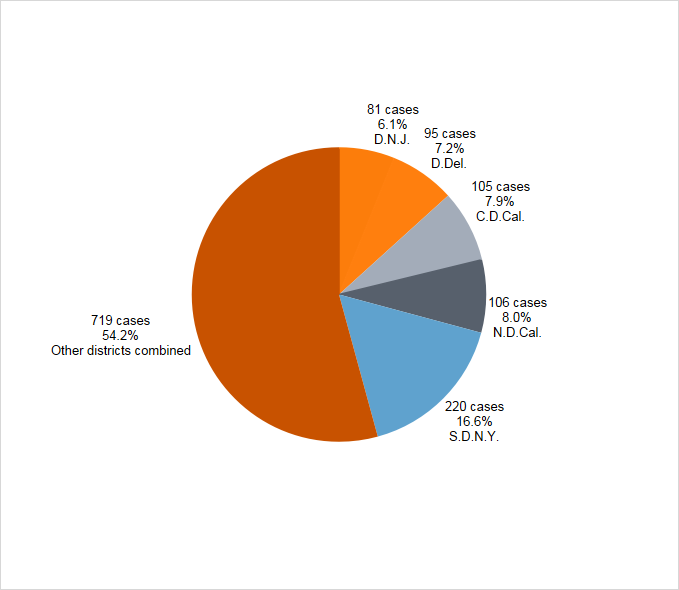 The number of Commercial cases filed each quarter has generally declined over the last several years.  The 1,480 cases filed in the third quarter of 2017 is the lowest quarter total on record (back to 2009).  Lex Machina’s Commercial cases involve claims for breach of contract or business torts between or among businesses.  The decline in these cases has correlated with recovering economy in the years since 2009.