Patent Litigation Trends in the Three Months after T.C. Heartland

On May 22, 2017, the Supreme Court issued its opinion in T.C. Heartland, holding unanimously that, under 28 U.S.C. § 1400(b) (the statute governing venue in patent suits), a domestic corporation “resides” only in its state of incorporation. 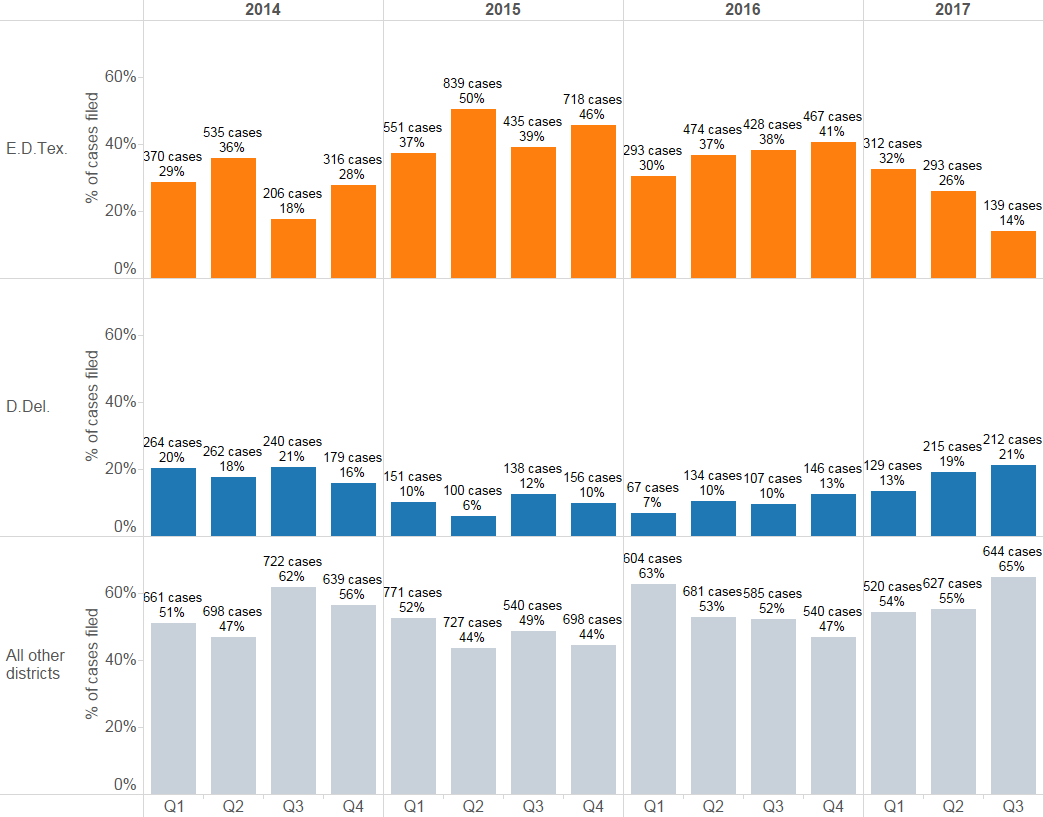 Looking at a window of 90 days on either side of the T.C. Heartland, the change is stark.  Before T.C. Heartland more than twice as many cases were filed in E.D. Tex. as D. Del.; but afterwards, it’s less than half.  The number of cases filed outside of the top two districts is very similar.

Fig. 2:  Cases filed 90 days before and after T.C. Heartland Viewing the filing numbers on a week-by-week basis shows that the trend towards Delaware is not the result of a single period of intense filing but instead has been relatively consistent ever since the decision. Since the decision, the grant rate of transfer motions by the Eastern District of Texas has increased.

Fig. 4: Motions to transfer decided 90 days before and after TC Heartland, E.D. Tex. vs. National Three of the recent trends (the decrease in E.D. Tex., the increase in D. Del. and the decline in the number of cases filed between Q2 and Q3 2017) have been driven primarily by High-Volume Plaintiffs.

High-Volume Plaintiffs (shown in orange below) also account for most of the unpredictability and volatility in patent case filings.