The proportion of total new filings made in the Eastern District of Texas held nearly steady in Q3 at 35.4% – down slightly from 37% in the second quarter but up from the first quarter (30%) (Fig. 5).  In 2015, for comparison, the district had 43% of the patent cases filed. 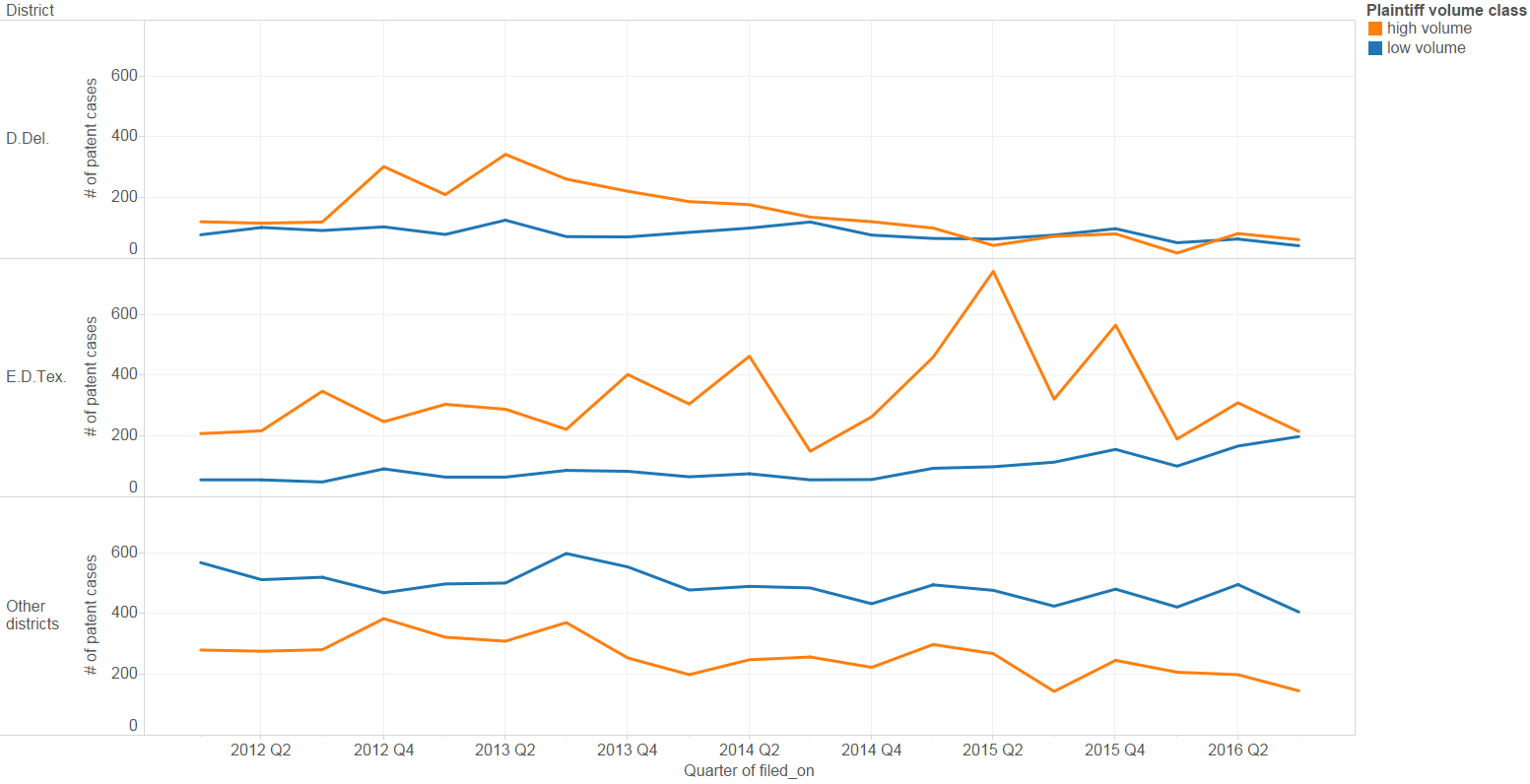 New filings of Covered Business Method (CBM) reviews by quarter have declined to single digits for the first time since 2013, but the number of Inter Partes Review (IPR) petitions at PTAB has recovered from a low first quarter (335) petitions to 436 petitions in the third quarter of 2016 – a number more consistent with the last 2 years of activity.

Trademark litigation filing trends have been more predictable than patent trends (or copyright). The filing of new trademark cases has declined at a very slight rate over the last few years, although the third quarter of 2016 (831 cases) represents a slight decrease over the first second (904 cases).

Since its apogee in Q1 of 2015, the number of file sharing cases filed each quarter has declined until reaching a low of 249 cases in Q2 of 2016.  The third quarter, however, represents a reversal of this trend, largely due to the increased filings of Malibu Media, the leading file sharing plaintiff (Fig. 10). Lex Machina now offers analytics for securities litigation, as well as intellectual property.  For a more complete look at the trends and data available, check out our blog post on the topic.